Ok reusing some parts.  I had this old Logitech X-230 subwoofer/amplifier sitting around for a long time without the correct remote I/O and volume unit to have it working.  I googled it and some folks had wiring pinouts and such posted, this was a popular model.

I took a 9-pin DSUB computer monitor cable, cut off the female end, secured it to my recycled enclosure, and soldered the various wires to: The audio in to RCA jacks, and the amplifier outs to speaker terminals.  A10K stereo volume potentiometer is used to trim the input levels.  Amplifier ground, audio ground, are connected inside my enclosure.  And a little SPDT toggle is used to connect the two wires that give it power.  Maybe you could call these connections "5V" and "Power On/In".  The correct DSUB pinout for the subwoofer is in the image below.

I didn't bother with the status LED wire since the sub never truly turns off.  The power is just sort of a "standby" switch and you can obviously tell when it's turned on--you hear it hissing or passing audio.

The enclosure is a trashy speaker selector that I got from eBay China, that didn't work reliably, so it's being recycled.  You could use any small project box for this.  Its speaker terminals were re-usable and it's a nice solid box at least, even if it used to be an unreliable speaker switcher.  It's nice to get use out of things instead of having to throw them away.  The speaker wire is recycled too, some nasty old skinny cable that was lying around a bit tarnished, but for this application I'm not too bothered with fidelity, since the whole system is pretty lo-fi.  I soldered the speaker cables to the little cube speakers.  Since I'm using standard speaker terminals, I can connect just about any type of standard passive speaker to this amp.  I wonder how well it would drive some of my bigger speakers?

After some mild troubleshooting, it worked wonderfully.  The cube speakers are some leftover bottom shelf ones from my brother's old computer.  In this context they really don't sound so bad.  When paired with a bluetooth audio receiver, this is a fun little system to setup in whatever room and stream phone tunes.  I might use it as monitors for mobile recording (along with headphones).  Or bring it to the beach.  Or as a remote monitoring system for recording around the house, or the electronic drums.  Sort of a tiny grot box PA.

What a somewhat complicated yet satisfying project!  It's not worth anything or the time I spent on it in dollars, but it's a great little thing to have.  I've always wanted a little rig like this, since the last album I recorded for Green.  We were using little computer speakers in a big warehouse to check takes on.  Tiny speakers in an enourmous room.  Mainly due to portability.  So now I've got one.  And it looks cool... of course you can't beat the all black finish either. :-D 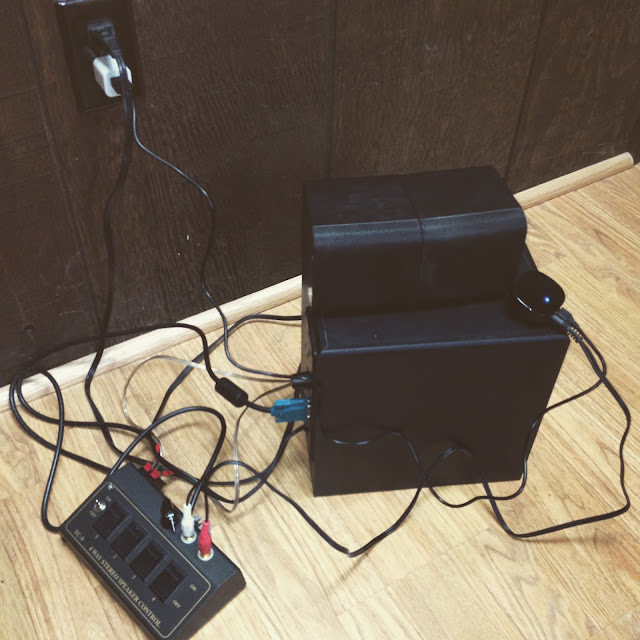 This was the correct wiring scheme: 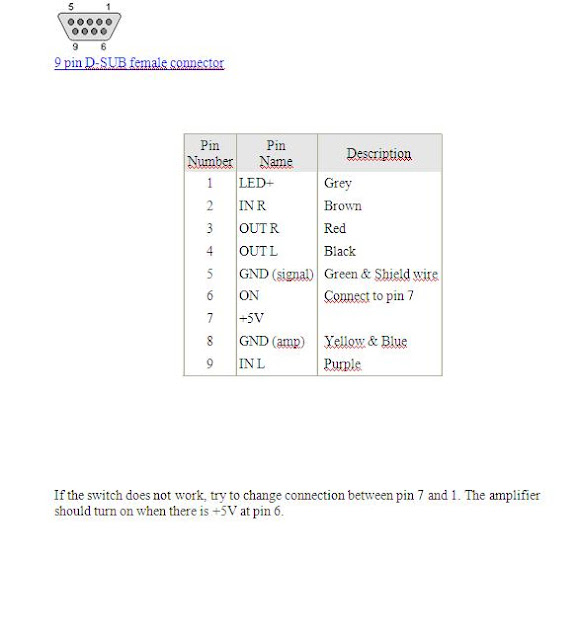 Here is a picture to use to help wiring the 10K stereo volume potentiometer.  I do not trust the power switch section of this diagram, I used the scheme described above.  This is just sort of to show you how the volume pots are connected to the input jack, and then out to the DSUB.  I found this and several other pictures on google image search, some of them seem reliable, others seem to have various errors.  The L and R audio inputs should go to the third leg of the pots, the middle leg is the output to the DSUB, and the 1st legs should be grounded.  Make sure that all of your grounds are connected or you might not get any sound.  I used RCA jacks for my audio inputs rather than a stereo 1/8" plug, but you can use whatever you want. 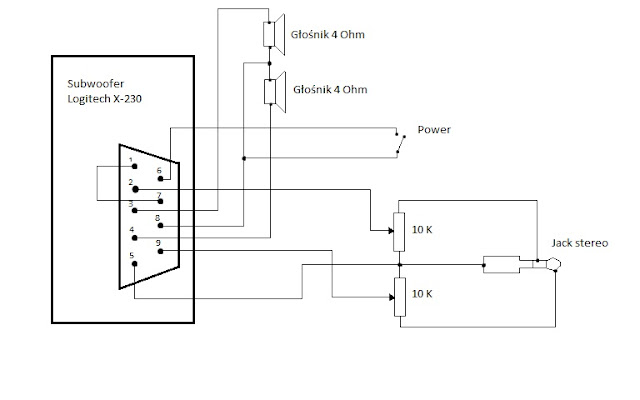 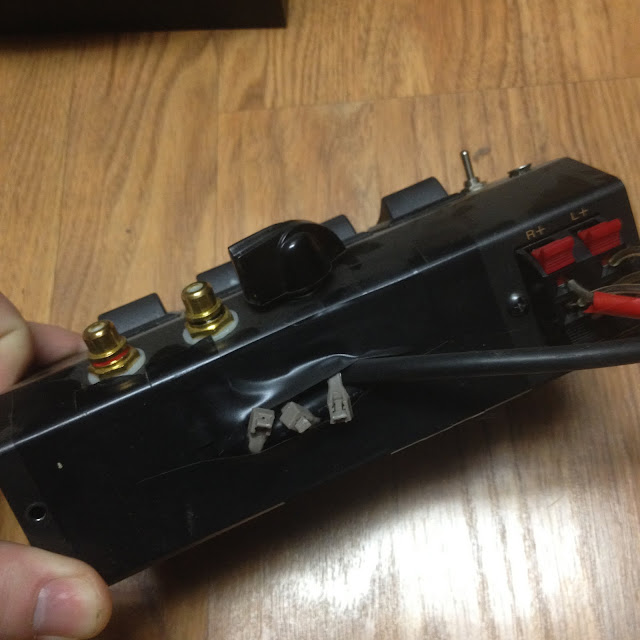 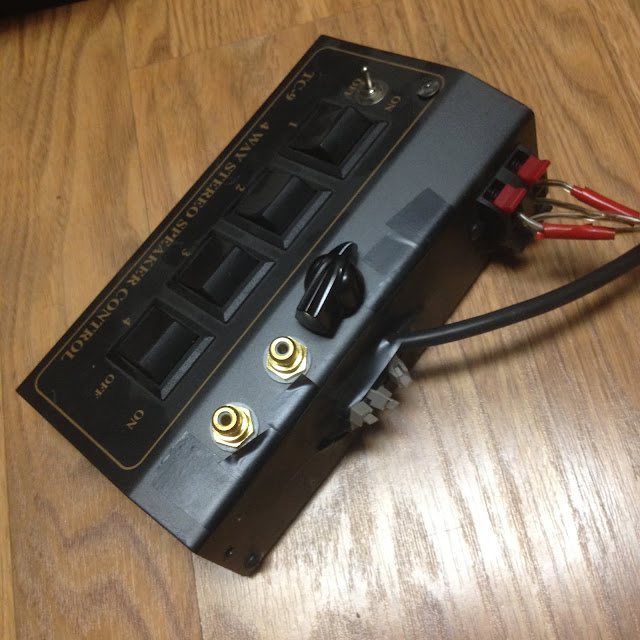