ALLLright.  Another mod for the amazing Monotribe.  I didn't want to bother with the separate drum outs / drum tone/decay mods that a lot of people are doing, because, the humbleness of the drum sounds is what they are, I am fine with them, I just wanted them coming out of their own jack.  That way I can run them through a reverb, an overdrive, whatever!  Without affecting the synth, or, vice versa.  Having separate outputs for each individual drum sound is tweaky and cool, but, I didn't see myself wanting that kind of commitment to all those cables and audio channels.  So yeah, just a drum jack and a synth jack for me.

I carefully located and drilled for two 1/4" Neutrik jacks in pretty much the only place on the enclosure they would fit without running into other things.  Be very careful with this step, it would be easy to screw up.  First  I center punched with a center punch tool, then drilled a small pilot hole with a small bit, then enlarged it to the full size using a stepped unibit.

Pictured are a couple places I tried for grounding both jacks.  I thought I was getting noise from ground loops so I soldered a few different ground schemes.  Any of them should work fine.  It turns out that I had to add a 1 Megaohm resistor (slightly higher or lower value would probably work fine) from the tip of the VCA Out jack to ground.  Without this ground reference, I was getting some pretty ugly noise on the Drum Out jack.  I discovered the solution by flipping my VCO Mute switch (a mod I posted earlier on this blog), which killed the noise, so, I thought maybe adding a pulldown, or ground reference to the VCA jack would kind of do the same thing.  I got lucky and it did.  The synth will still make a few seconds of noise when being turned on sometimes, but, it fades away quickly for quiet split Synth/Drum use, and a nearly perfect mod!

The output is slightly quieter on the new separate output jacks, compared to the main standard output (which still works), but not by much.  The best part is, the volume controls for VCA Level and RHYTHM level work on the new jacks that were just added!  Nice.

I'm looking forward, now, to separate effects chains for the synth voice, and the drum voice.  The drum machine sounded really nice being run through a small guitar amp.

UPDATE:  It seems like the longer the monotribe sits, turned off, the more the noise "charges up" and needs to be bled away when turned on after a while of being off.  After a long sit, it takes as long as half a minute for the noise to fade, but, yes, it does fade and it still works fine.  So be aware of this if you do the mod.

UPDATE 2:  I added a 1M resistor to the drum jack also, tip to ground.  It seems to help a little bit with the noise, speeds up the time it takes to fade out, slightly.  I would recommend adding this resistor, also.  Sometimes the static noise will go on for 2 or 3 minutes before finally fading out, I've found, after sitting off over night.

UPDATE 3: Not being sure if these outputs are coming off a coupling capacitor or not, I added a 22 uF cap in series to each jack, (+) end to PCB, and (-) end to jack.  I also haven't heard that start up noise in a while.  Maybe it's solved now?  Maybe it was related to weak batteries I just changed?  Maybe it will come back?  Devil knows... These caps are recommended.  I think in my messings around I found that they made the synth not get screwed up when the drums are going out the separate jack, which was happening when the caps weren't there.

The quirk from the separate outputs mod is, if you use the drum output, the drum signal on the main stock Output jack goes way down.  The synth does not seem to be affected in this way. 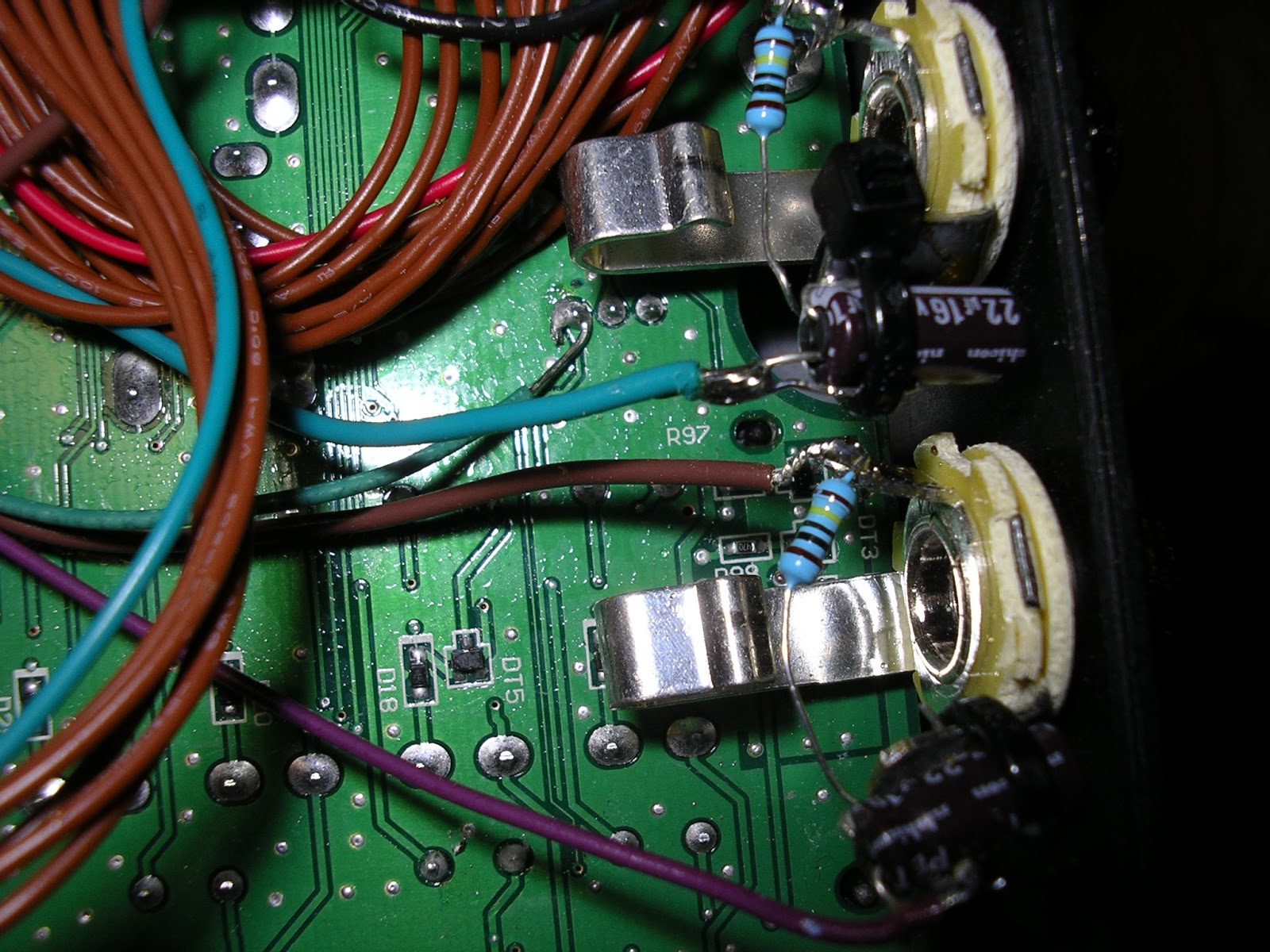 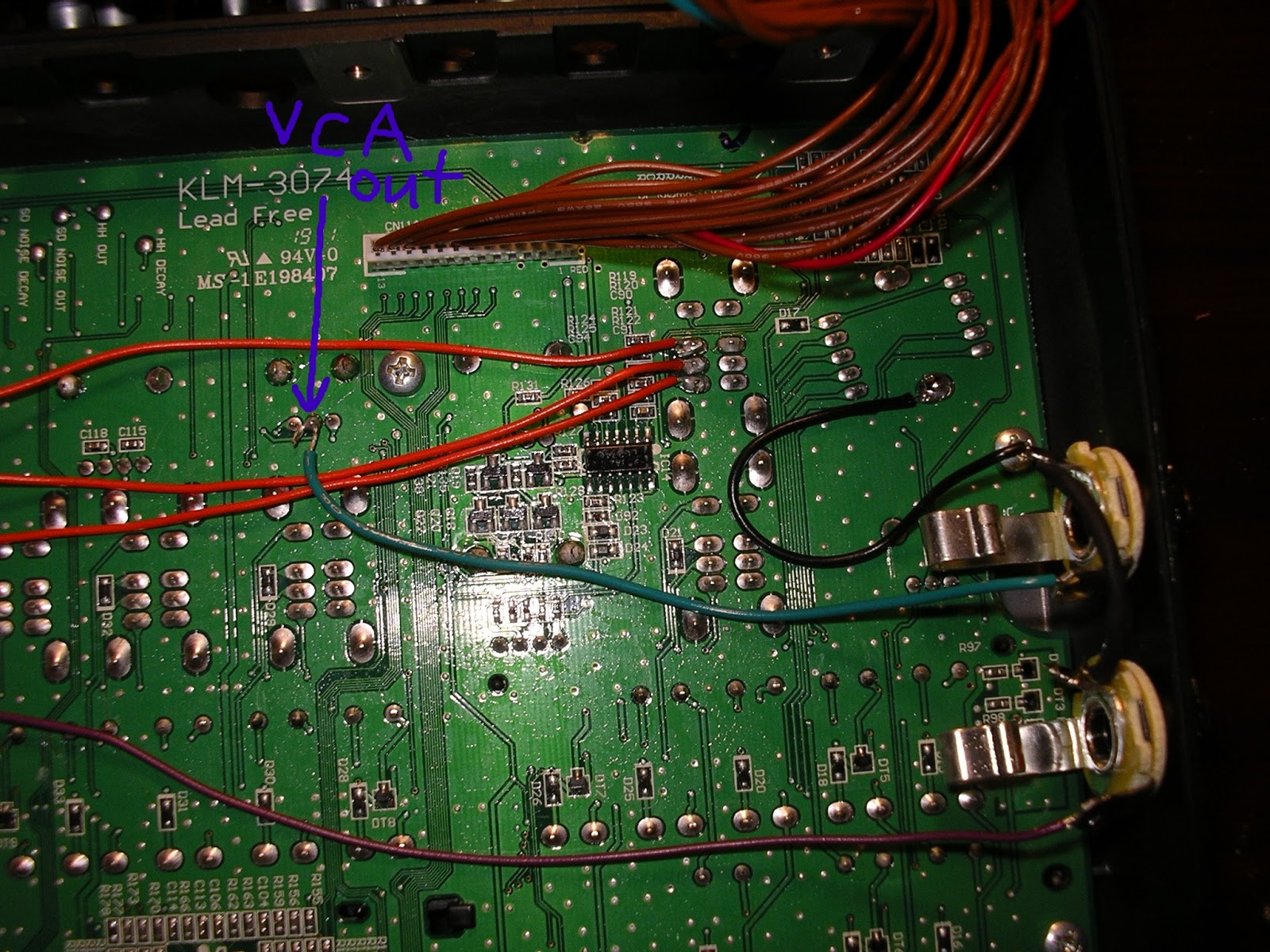 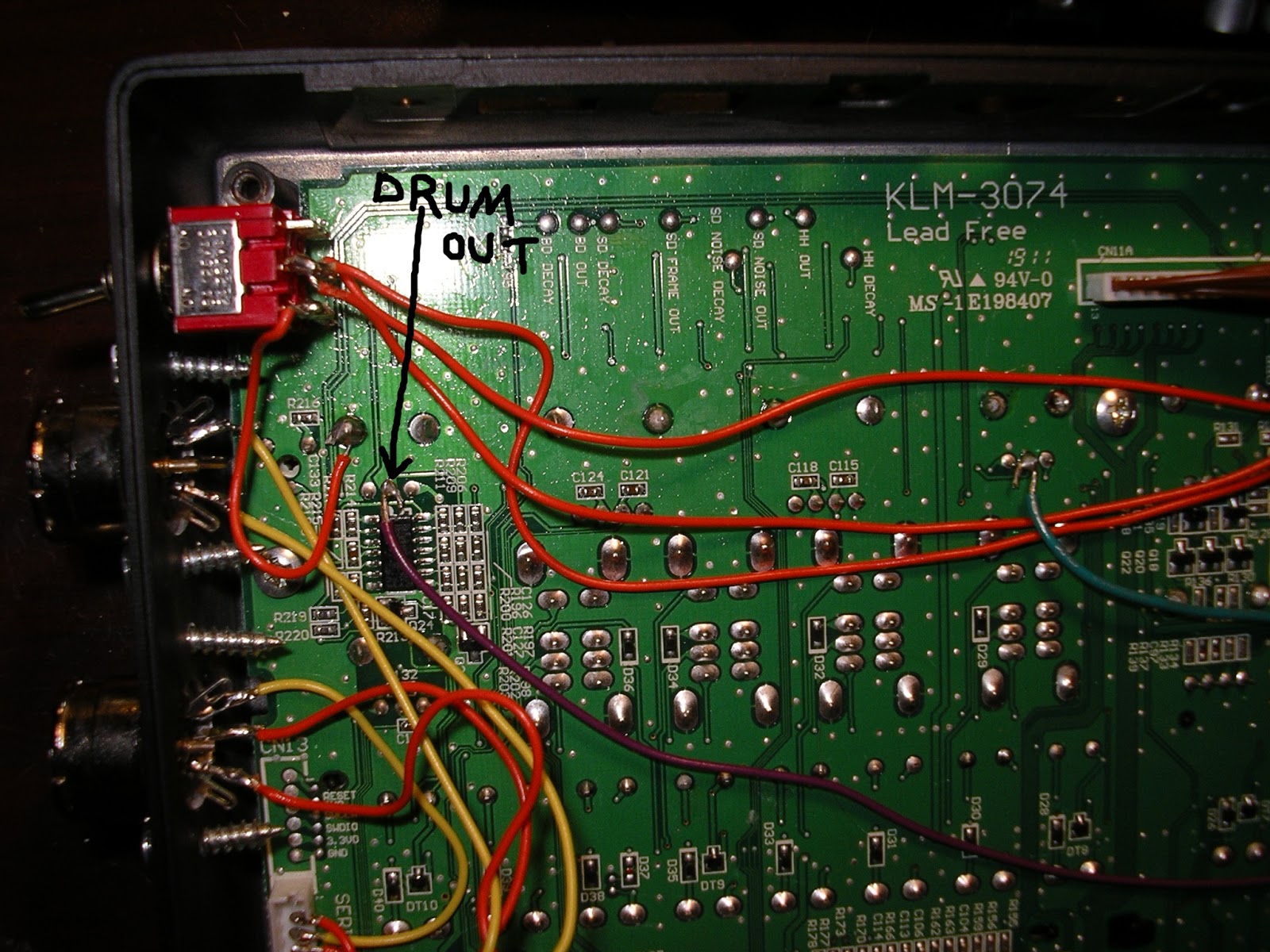 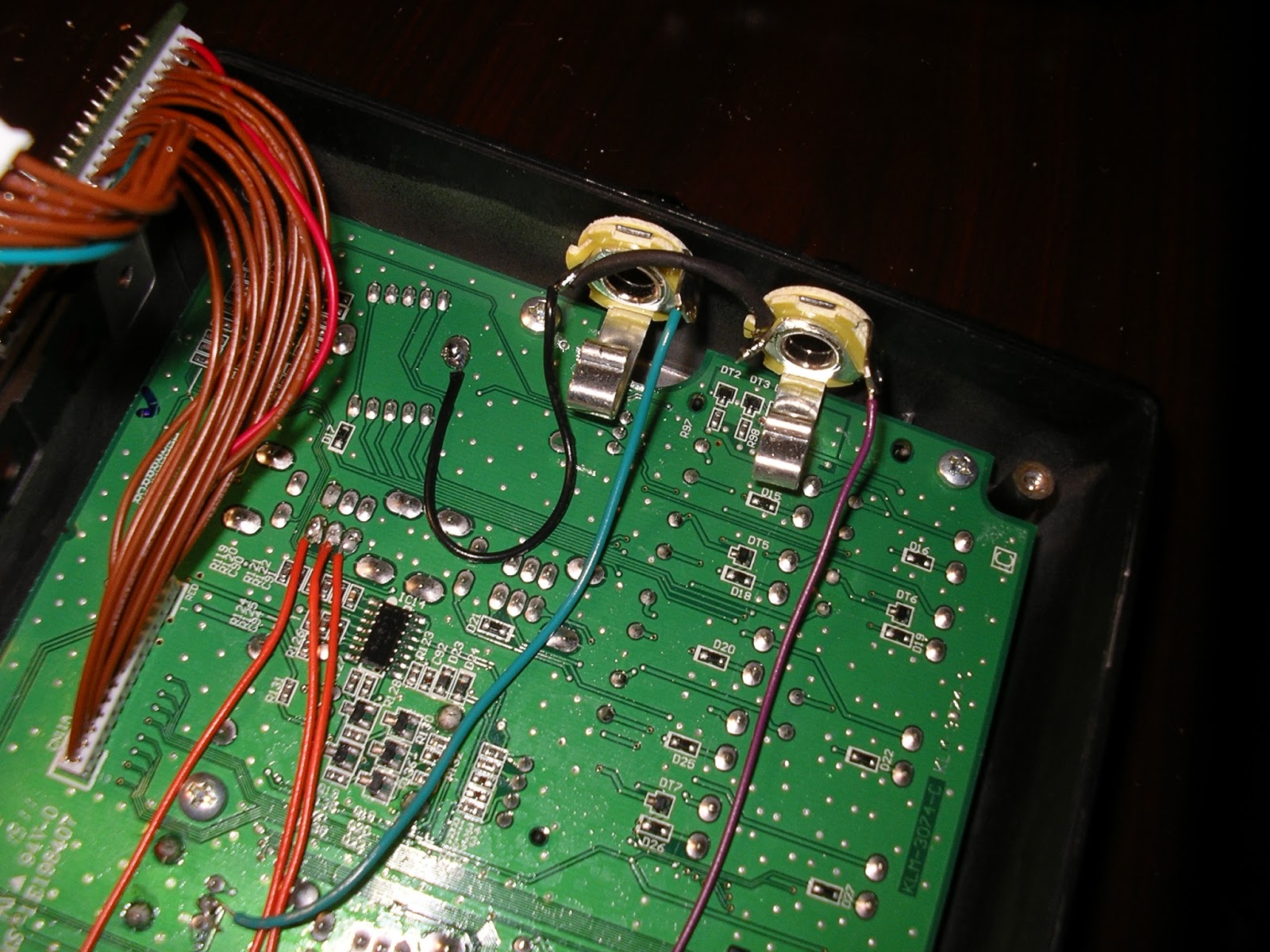 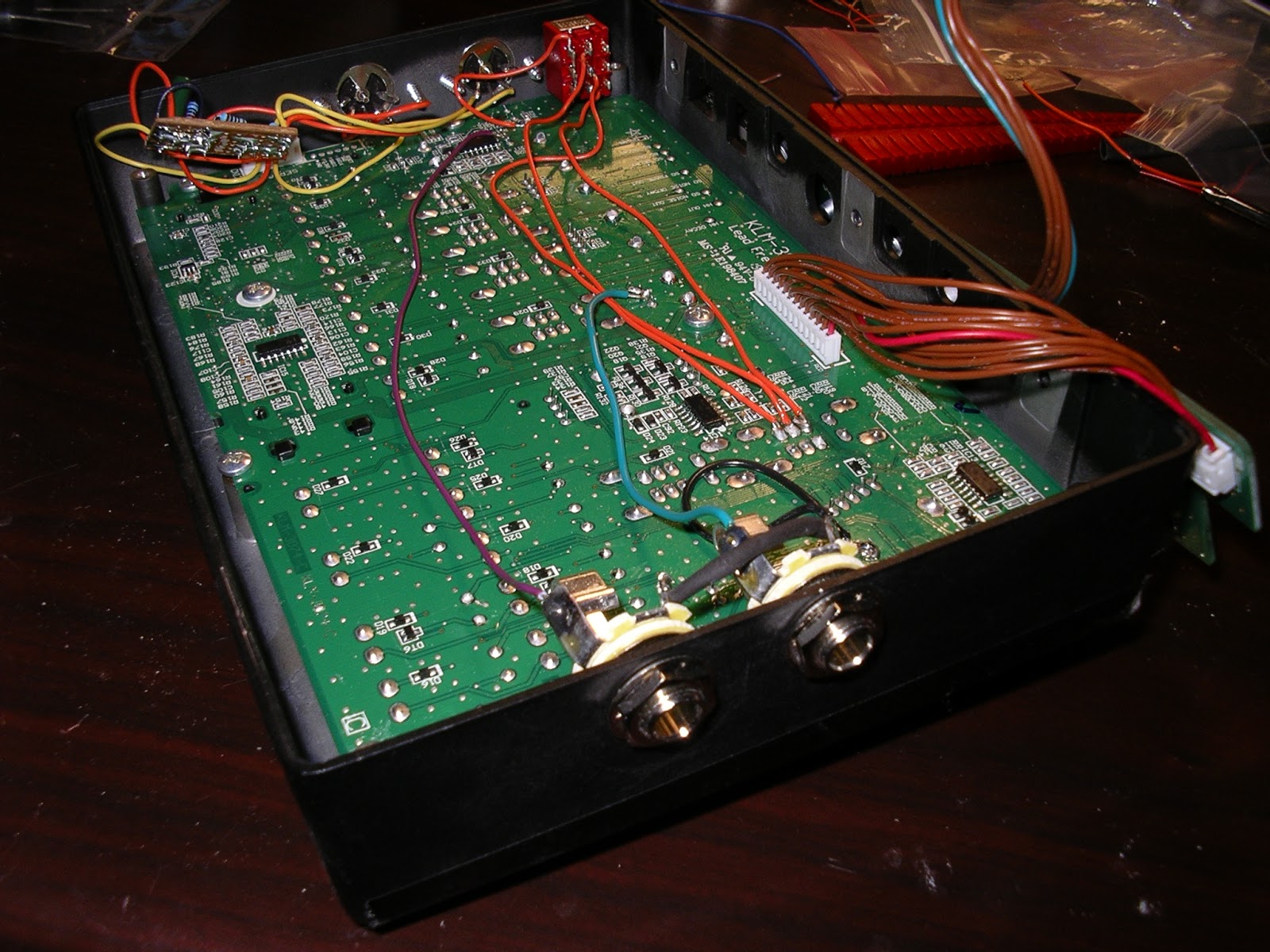 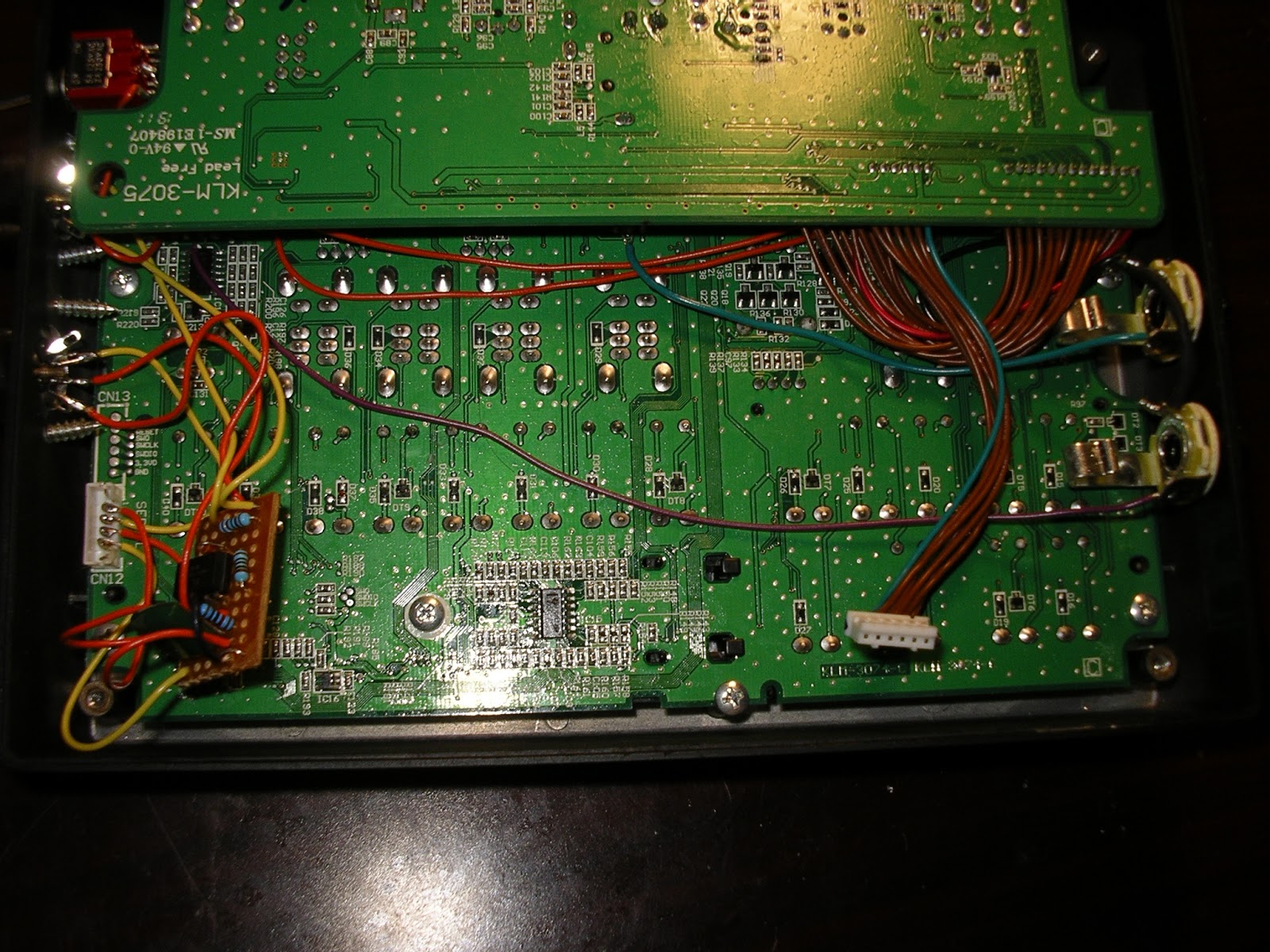 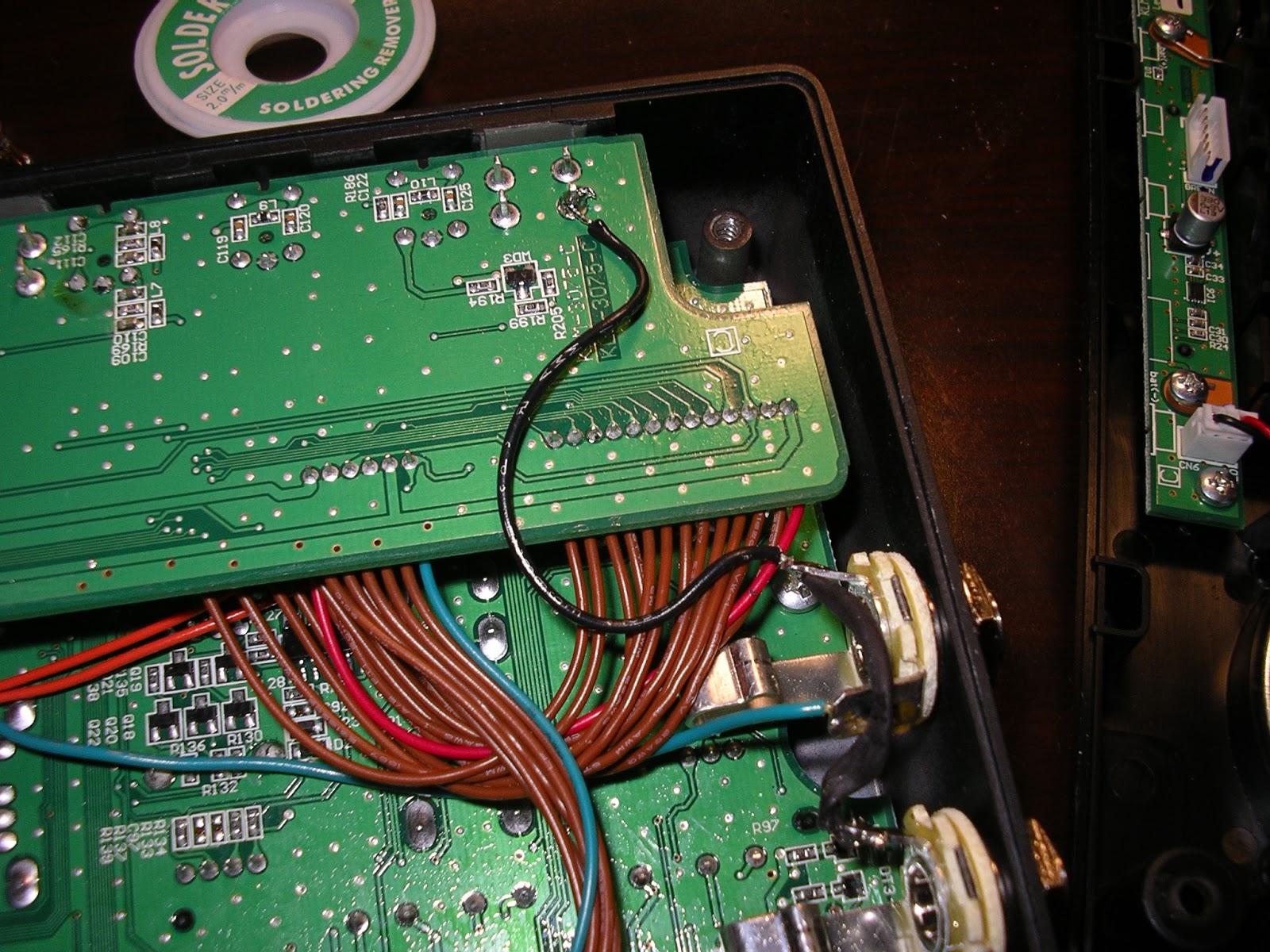 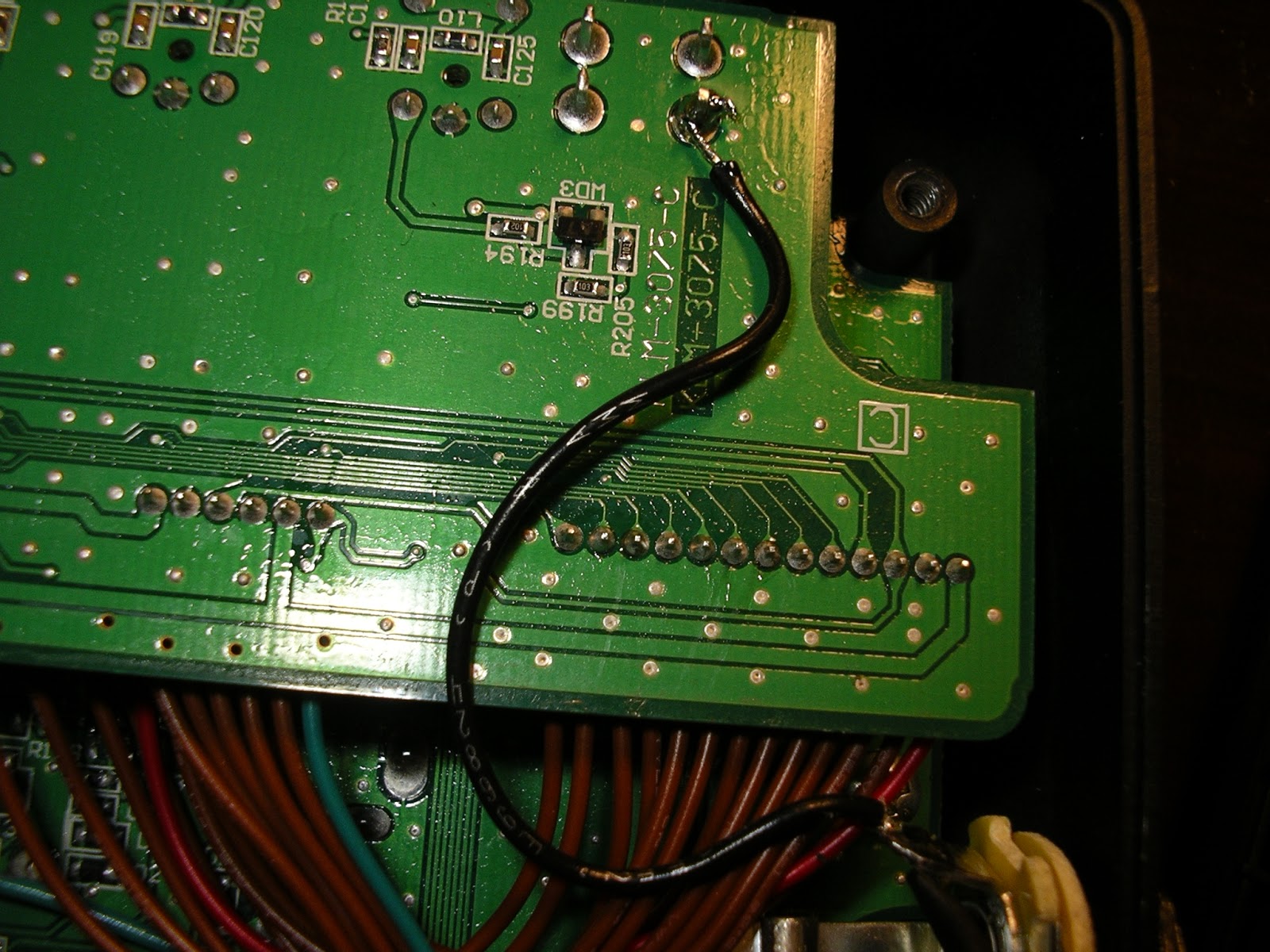 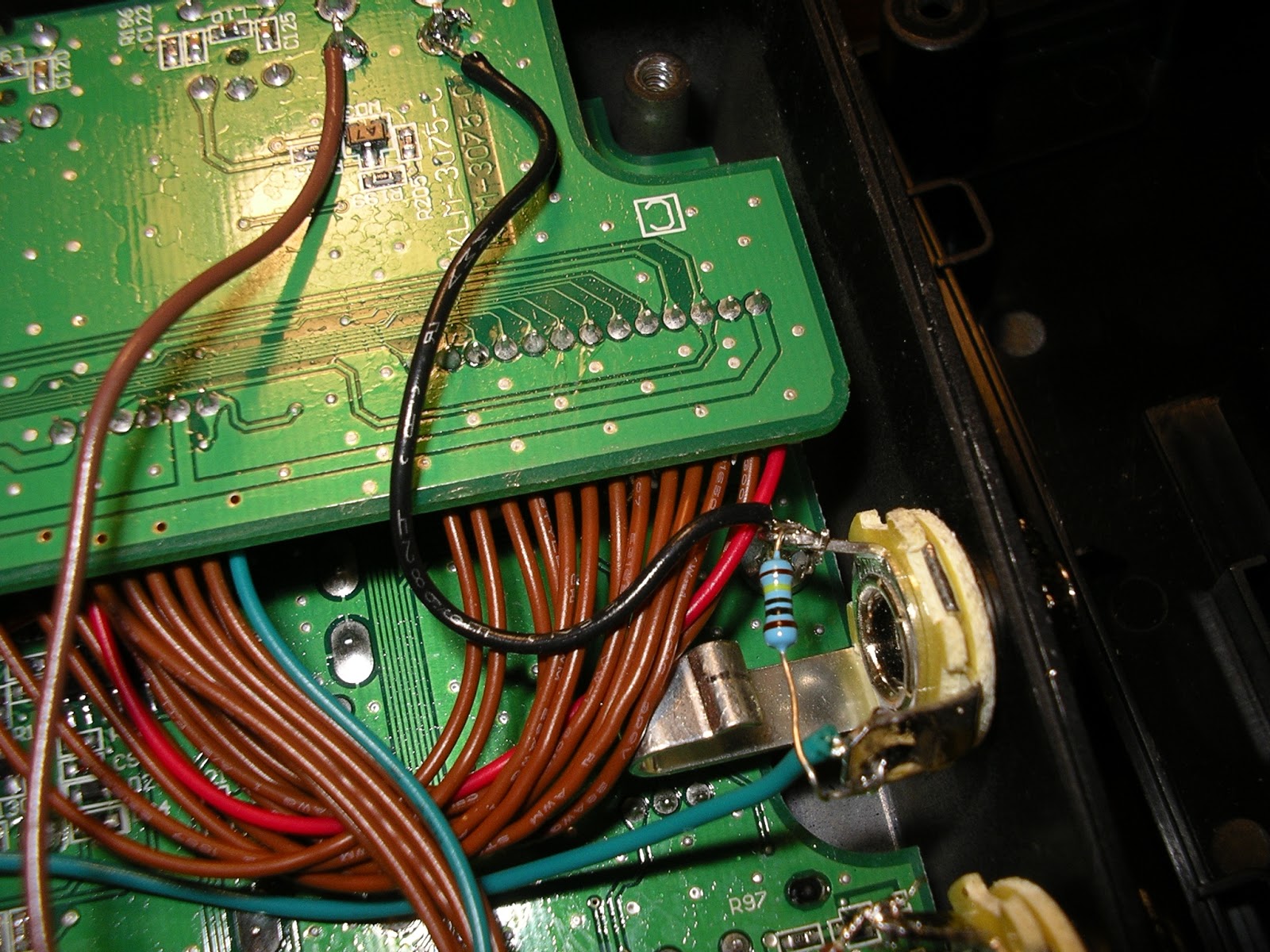 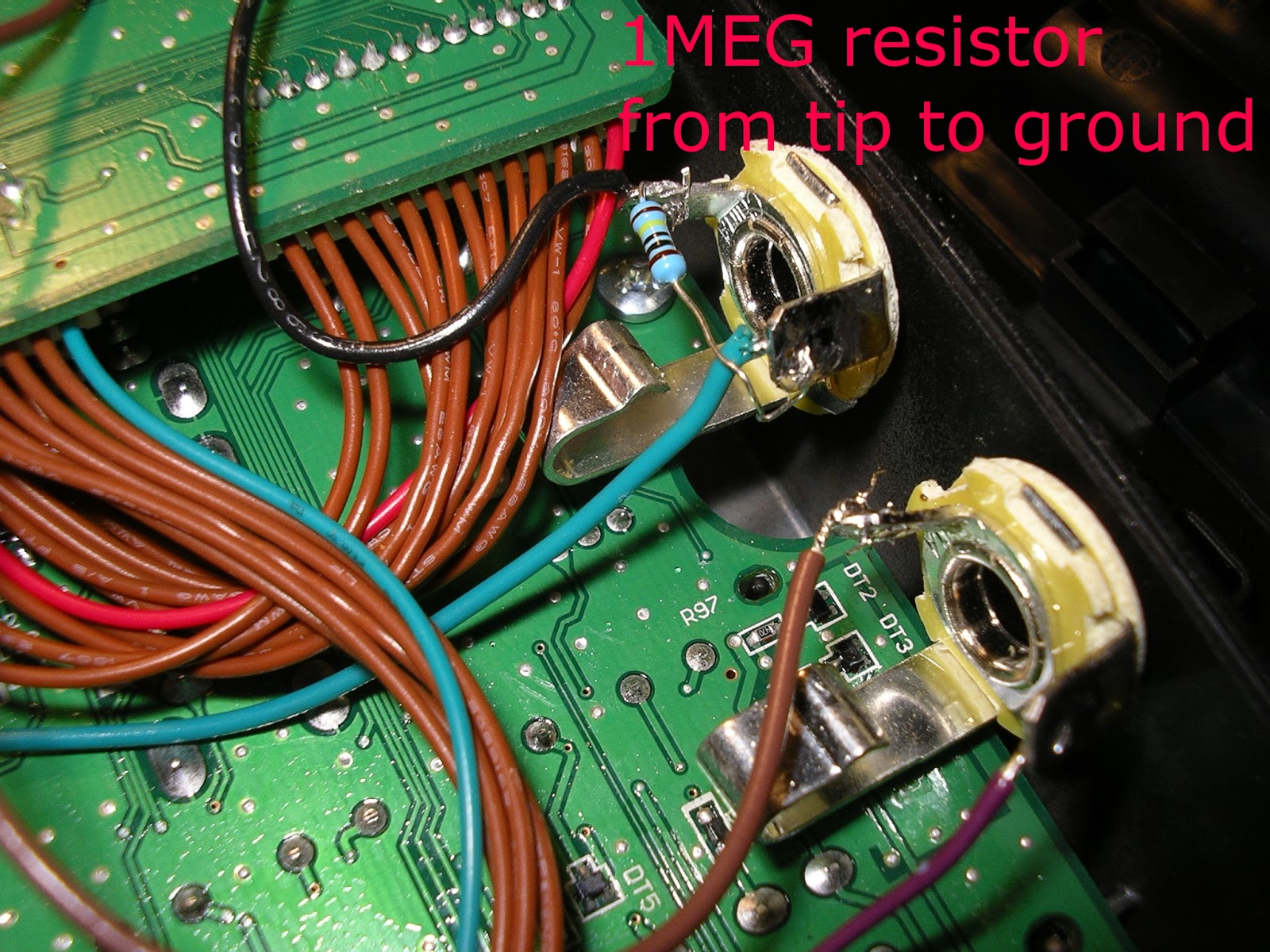